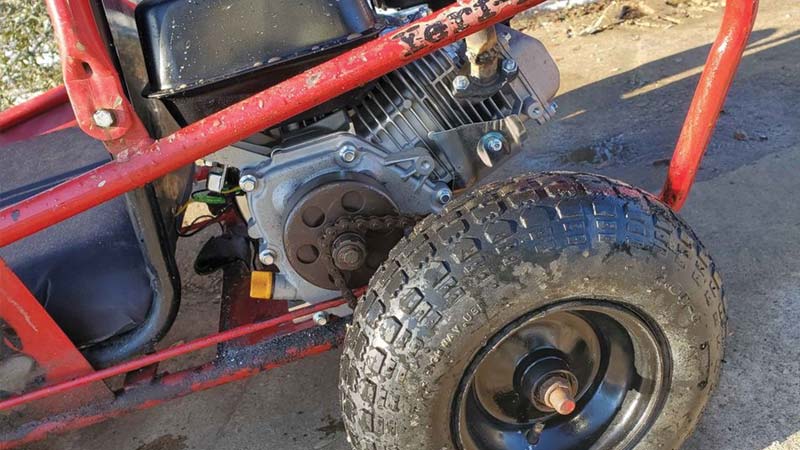 The Yerf Dog 1204 is powered by a Tecumseh 5 hp engine and is one of the most popular one-seater Yerf Dog karts on the market. I’ve created a Yerf Dog 1204 parts list for people who wish to replace or upgrade certain parts.

In the Yerf Dog 1204 part list above, you’ll be able to see the item number, part number and part description. In order to make the parts list easily understandable, I’ll further explain how to read each column and also share several examples.

The item number is a running number of where the part is located on the Yerf Dog 1204 go-kart. You can simply trace this number back on the illustration above and locate each respective part accordingly.

The part description provides more information on a particular part number. These descriptions typically entail sizes, measurements, colors, direction and more. For instance, the part number 02063 refers to a Left Tie Rod, which is 9″ in size.

As Yerf Dog go-karts are no longer in production, spare parts are sometimes hard to get a hand on. You may be able to find certain parts on online marketplaces such as eBay, Amazon and Craigslist or even on BMI Karts and monster Scooter Parts.