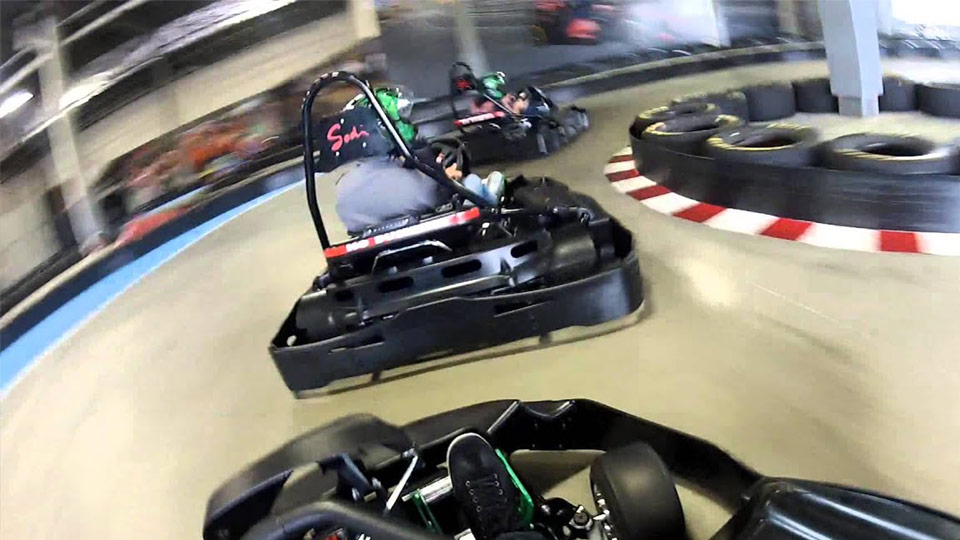 There is no greater feeling than hitting the race track with a bunch of friends and race go-karts. Go-kart racing is an extremely fun motorsport and it’s also a great weekend activity. It’s often combined with chilling, hanging out with friends and drinking some ice-cold beers.

Imagine yourself in the following situation. You’re enjoying some drinks with friends and you’ve had a few cold ones, too many. You’re about to hit the go-kart track and you’re slightly drunk. You ask yourself, can you ride go-karts drunk? Is it safe to ride go-karts while intoxicated? While you certainly can pretty much do anything while drunk, the answer is no! You shouldn’t go go-karting when you’re drunk.

There are many things that can go wrong while under the influence of alcohol and in worst case can cause serious injury or even death to you and others. Let’s take a look at what can go wrong when you ride go-karts drunk.

What Is the Concern With Go-Karting While Drunk?

As you know, go-kart racing is an extremely fun activity but it also requires every single bit of your focus. Losing focus while racing can potentially lead to collisions and accidents. Racing go-karts under the influence of alcohol will impair your ability to gauge depths and distances accurately. It also causes blurry vision and messes with your color perception.

Additionally, it also slows down your reaction time and in critical moments renders you unable to react in time. I guess you can easily connect the dots and by now you’ve gotten the picture. In essence, when you’re drunk you’re unable to use your senses and focus ineffectively, in order to go-kart race safely. You should definitely not risk it, as it may have serious consequences. Let me explain why.

1. You Can Get Seriously Injured

As stated above, racing go-karts drunk will not only impair your vision, perception and focus but it also decreases your reaction time. This means that you greatly increase the risk of a collision between your go-kart and other objects. Moreover, you’ll also increase the risk of causing an accident with other karts if you’re racing on a track.

Once that happens there are high chances that you will get seriously injured. There is a lot of news out there of drunk go-kart racers causing self-infected injury or even death, due to driving go-karts under the influence.

2. You Can Cause Serious Injury to Others

To go a step further, if you race karts drunk, you’ll also put other people at risk. If you’re racing on a track, there’s an increased chance that you will crash into them and could seriously harm them.

Also take note that you may be racing with kids or inexperienced racers, who are not well-trained on avoiding hazards. Trust me when I say that the last thing you want to do on a weekend is drive a kid to hospital. And afterwards, you will most likely get arrested, which brings me to my next point.

3. You Can Get Arrested

There is a high chance that you’ll be arrested if you drive under the influence of alcohol. The details of course depend on the country and state that you live in, but I’ll give you an example.

In Florida, driving under the influence (simply put DUI) is defined as a person who is in physical control of a vehicle within the state of Florida, while above the legal alcohol limit. This ruling basically disregards whether you are at a private race track, property or on public roads. An officer may still issue a DUI. This of course, may not apply to all countries and states.

As already stated, this is just an example and you should always check your local laws and regulations. But in essence, it’s always best not to operate any type of vehicle while being drunk.

4. You May Be Banned at the Race Track

If the go-kart track administrator, race marshal or owner finds out that you are risking the safety of everyone else on the track, while driving under the influence, they may ban you. This means that you will be indefinitely banned from using their facilities. Now you may think that it’s not a big deal, but just hope that he or she doesn’t call the cops on you.

5. You Can Wreck Your Go-Kart

You also don’t want to wreck your go-kart, especially if you have poured a lot of time and money into it. Racing drunk can easily cause you to crash and the last thing you want to do is write-off your go-kart due to an accident.

You may have already expected this, but there is a much better alternative. The answer is so simple! Why don’t you race go-karts and then have a few beers? In fact, you can then have as many as you want, just don’t drive home after that. I don’t think you want to wreck yourself, the car and your kart. Please note that this article is just trying to encourage your safety and the safety of others. Be safe and happy racing, my friends!