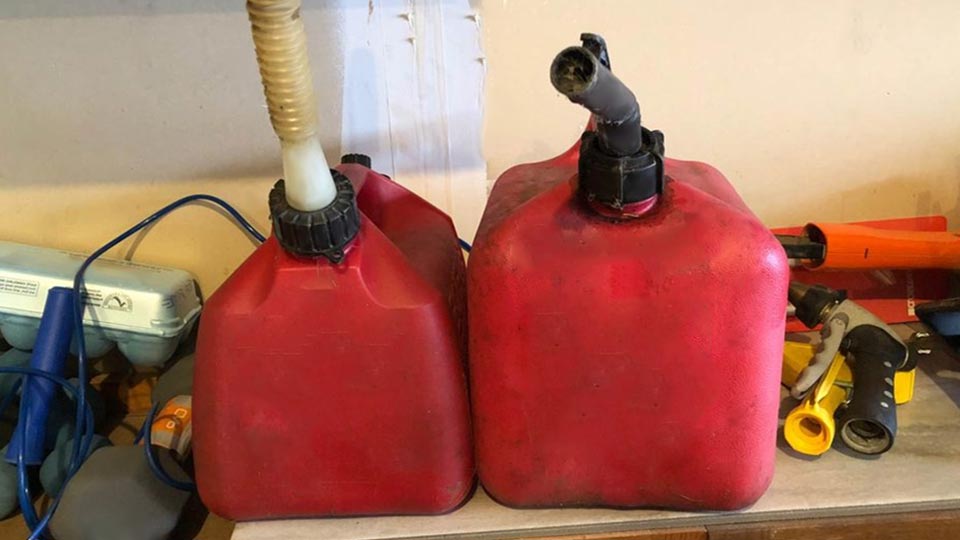 Go-karts are most commonly equipped with two-stroke gas-powered engines. Two-stroke engines do not have a separate oil tank, which means that oil is typically added to the fuel. This fuel and oil mixture not only helps to combust and also lubricate the engine. Not adding oil to a two-stroke engine will eventually cause engine failure and is therefore extremely important to add. This is also true for all kinds of two-stroke engines, ranging from Briggs & Stratton to Rotax.

Below, you’ll find a go-kart fuel mixture chart that shows you the fuel to oil ratio and how many ounces of oil to add per gallon or milliliter per liter. If you need help understanding the chart, there is a section below that explains it in more detail.

How to Read the Go-Kart Fuel Mixture Chart

The chart above shows you each fuel to oil mixture ratio and how it corresponds to gallons and ounces (imperial), as well as milliliters and liters (metric). This section goes into more detail by explaining each of the rows and columns. I’ll be explaining it with a few examples to help you understand the two-stroke fuel mixture chart a little better.

The first column in this chart is the fuel to oil ratio. The ratio indicated here refers to the quantitative relation between the fuel and oil mixture, which ultimately goes into the engine. There are various fuel to oil ratios and the correct one for your engine depends on the manufacturer’s recommendation or the age of the engine.

Let’s take a look at the following example: the 35:1 indicates that for every 35 units of fuel, there is 1 unit of oil to be added into the mixture. Hence, the ratio is expressed as 35:1.

This column states how many fluid ounces (oz) of oil you are required to mix into a gallon (gal) of fuel to each respective mixture ratio. The ounce and gallon reference is mainly for people who use the imperial system.

Similar to fluid ounces per gallon, there is a metric equivalent that indicates how many milliliters of oil should be added per liter of fuel. This reference is most commonly used in Europe and countries that use the metric system.

As all two-stroke engines require oil to be added to fuel or gas, it’s important that you understand the different ratios available and how to easily reference this back to the imperial and metric ratios. I hope that the go-kart fuel mixture chart and guide was able to help you understand this better.