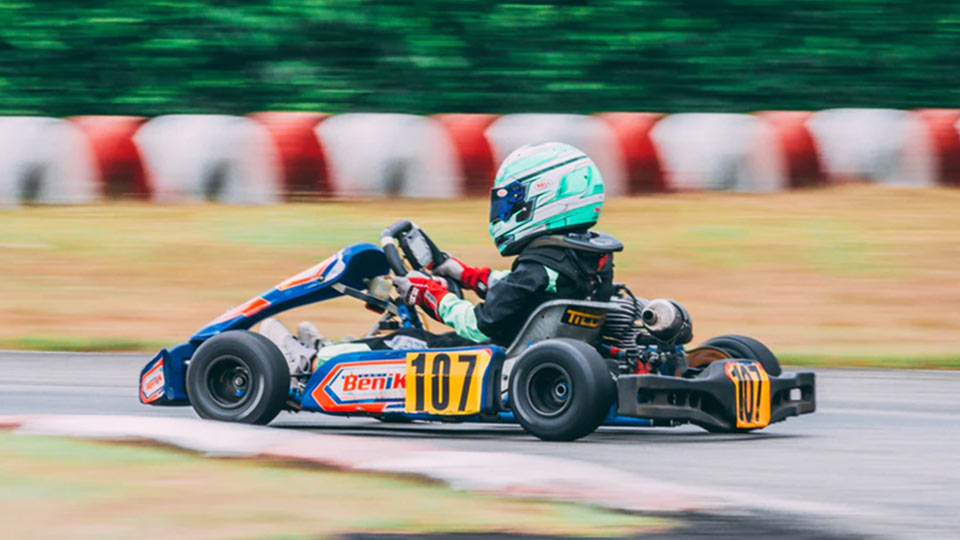 Most off-road and racing go-karts use a transmission, unless they have a direct drive configuration. A transmission provides controlled mechanical power from the engine to the rear axle of the go-kart. You’ll most likely come across go-karts that use a torque converter or a clutch, as a transmission.

When it comes to transmissions, there is a long-standing battle between torque converters and clutches. There is no doubt that both of these transmissions have their own benefits. In our showdown of a go-kart torque converter vs clutch, we’ll be addressing the question of which one is the better transmission. If you’re looking for the short answer, it depends on your driving habits and the purpose of your go-kart.

Torque converters are great for lower end torque, as they have the ability to adjust the gear ratio depending on the engine’s RPM. This makes it ideal for heavier or off-road go-karts. On the other hand, a regular clutch maintains the same gear ratio all the time. This makes it more suitable for lightweight or racing go-karts that are tuned for maximum speed.

In the later parts on this article, we’ll go through a full analysis on how torque converters and clutches operate and how they are different. As a quick guide, you may refer to the summary below.

Use a Torque Converter If:

Use a Clutch If:

A torque converter has the same function as a clutch. They’re both different types of go-kart transmissions, but they each have their own distinctive advantages. Before we explore them further, let’s take a look at how both transmissions work on a go-kart.

What Does a Go-Kart Torque Converter Do?

Torque converters are one of the two popular transmissions found on go-karts. A torque converter is a mechanical device that is attached to the side of the engine. As you can see in the image above, it runs on a two-pulley system. The smaller pulley, called the driver pulley, is attached to the engine’s crankshaft. The larger pulley is referred to as the driven pulley.

When idling, torque converters are fully disengaged. This means that even though the engine has started, the go-kart doesn’t move. Once the engine reaches an RPM of about 1,500+ the driver pulley starts to clamp on the belt, which in turn engages the driven pulley. The rotational force is subsequently applied to the jackshaft and rear axle, giving your go-kart motion.

What is interesting here is that as the driver pulley starts clamping on the belt, it decreases the gear ratio. Typically, the gear ratio will start above 2:1 and the higher the RPM the lower it will decrease the ratio to below 1:1. With regards to costs, torque converters are relatively affordable. However they’re a little more expensive than clutches, as they contain more parts.

What Does a Go-Kart Clutch Do?

On the other hand, a go-kart clutch is a non-variable transmission. This means that it has a fixed gear ratio, which is set by the crankshaft sprocket and rear axle sprocket sizes. The gear ratio remains the same across all RPM ranges of the engine.

There are many types of clutches that are used on go-karts, however the most common are dry centrifugal clutches. A centrifugal clutch consists of 4 essential components. An outer drum, which can be seen in the image above, encases the interior components. The drive sprocket is attached to the drum, and connects to the rear axle via a roller chain.

At about 1,400 to 1,600 RPM enough force is exerted onto the spring that the friction material slowly starts to move outward, due to the centrifugal force. As the force is still not enough to make contact with the drum, the clutch is still “slipping”. This is not ideal, as it creates heat and wear on the components, while the kart isn’t really moving. Only at about 1,800 RPM enough force is applied and the friction material presses against the drum and the clutch is fully engaged, spinning the driver sprocket and the rear axle.

The way a torque converter operates compared to a clutch is very different. The main difference is that torque converters idle before they engage and they start to engage at around 1,700 RPM. Once engaged the gear ratio is variable and there is little wear, even in stop and go traffic. The same can’t be said for clutches.

While clutches engage earlier, they have a slip range at about 1,400 to 1,600 RPM. Slipping can cause increased heat and wear on the parts. However, once a clutch is fully engaged, it feels much snappier.

This makes clutches more ideal for situations where you’re constantly engaging in higher speeds on the upper torque range. Torque converters on the other hand handle low torque ranges better, due to the variable gear ratio and the ability to easily disengage at lower RPMs.

Is a Go-Kart Torque Converter or Clutch Better?

What’s better, a torque converter or a clutch? The answer really depends on its intended use, which is ultimately related to your driving habit. As torque converters handle low torque ranges more easily, they’re most commonly used on off-road go-karts. They perform better at lower speeds and are ideal for stop-and-go situations. This is because off-road go-karts are sometimes required to climb uneven terrain at lower speeds.

Clutches on the other hand are snappier and perform better at high speeds. They’re designed to be constantly engaged, which makes them ideal for racing go-karts. High performance go-karts even have a multi-disc clutch to cater for various torque ranges. So, if you’re comparing a go-kart torque converter vs a clutch, you should make a choice depending on what you’re using it for.

I hope you were able to see and understand that both torque converters and clutches are both go-kart transmissions with different strengths and weaknesses. While both of them have the same function, they work very differently and the best transmission for your go-kart depends on your driving habits and purpose of the go-kart.

Generally speaking, racing go-karts are most commonly equipped with a clutch that perform better at high RPMs and achieve higher top speed. On the other hand, torque converters are more common in off-road go-karts that are most used to heavier loads and lower speed ranges.

Hi, I'm Gerrit. I have been racing go-karts competitively and recreationally for the past 20 years. Apart from actively growing local karting communities, I run GoKartGuide and write comprehensive articles, guides & reviews about go-kart racing. I race, build, mod, & discuss go-karts whenever I find the time! Thanks for stopping by and happy karting!