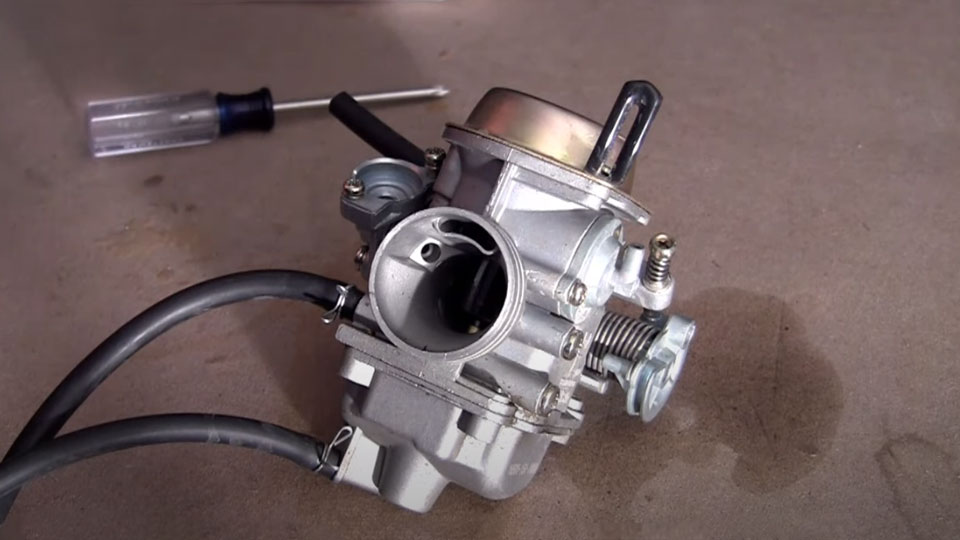 Spotting a gas or fuel leak from a carburetor is a sight that no go-kart racer likes to see. While a leaking carburetor is relatively rare compared to other things that can go wrong with your go-kart, it’s something that you should definitely fix immediately. In this guide, I’ll be teaching you how to fix a go-kart carburetor that is leaking gas.

You’ll notice the gas flowing into the intake manifold or out of your carburetor. There are five common reasons for a go-kart carburetor leaking gas and you can repair it by fixing a stuck carburetor float, unclogging the jets, repairing the broken carburetor float bowl gasket, or fixing a loose or torn gas line connection. Leaving your carburetor in a leaking state can cause further damage down the road and will also likely lead to erratic idling, delayed starting, stalling and even poor fuel economy.

How Does a Go-Kart Carburetor Work

Before we go through the potential issues that may affect your carburetor and how to fix them, it’s important that you understand how a go-kart carburetor works and what the internal components are. If you’re already familiar with this topic, feel free to skip to the next section of this guide.

A go-kart carburetor or carb is a mechanical device that is attached to the engine and mixes air and fuel into an optimal ratio before it’s pumped into the engine. It takes in filtered air from one valve and fuel from the other, in order to mix it.

An optimally configured carburetor will not only increase the engine performance but also increase your fuel economy. This mechanical device consists of several components that you need to be aware of, so that you’ll know which parts it may be affecting and need to be cleaned or replaced when fixing it.

Now that you understand how a carburetor works and what the most important parts are, it’s time to look at the potential issues for gas leak and how to fix them.

A stuck carburetor float is by far the most common reason why a carburetor can leak gas. While it mostly causes a delayed engine start or an engine stall, it can also lead to fuel leaks. When you open the go-kart carburetor and detach the float bowl, you’ll see that the float doesn’t move up or down easily.

Thoroughly cleaning the carburetor float, float valve needle and float pin should allow the float to move freely again. If that isn’t the case, then you’ll need to see which of the three parts is defective and replace it accordingly.

There are a few things that you’ll need to check and do, in order to fix a stuck carburetor float. Below is a step-by-step guide for this.

Steps to fix a stuck float:

Another common issue that can cause a go-kart carburetor to leak gas is a clogged jet. There are two jets that you need to be aware of. After detaching the carburetor and opening it, you’ll be able to spot both of the jets easily.

The location of the main jet is inside the float bowl. It’s the larger of the two jets and is responsible for supplying the carburetor with the required fuel. You’ll be able to identify them easily as it’s golen in color. The main jets kick in when the throttle is activated (60 – 100% range).

The other jet is called the pilot jet and has the same function but activates when idling. You’ll need to make sure that both jets are not obstructed or clogged. You’ll need to remove them. Give both of the brass jets a thorough clean in an ultrasonic cleaner with a cleaner solution or vinegar. If you find that the jets are no longer good for use, then simply replace them.

Unfortunately, once a float bowl gasket is broken it can’t be fixed. The good news is that you can simply replace it with a new one, as they’re very affordable and easy to slot in.

The first place you should look at if you have a gas leak are the fuel lines that are running into the carburetor. Regular wear can cause certain connections to loosen on the carburetor and the first point you should inspect is the fuel inlet.